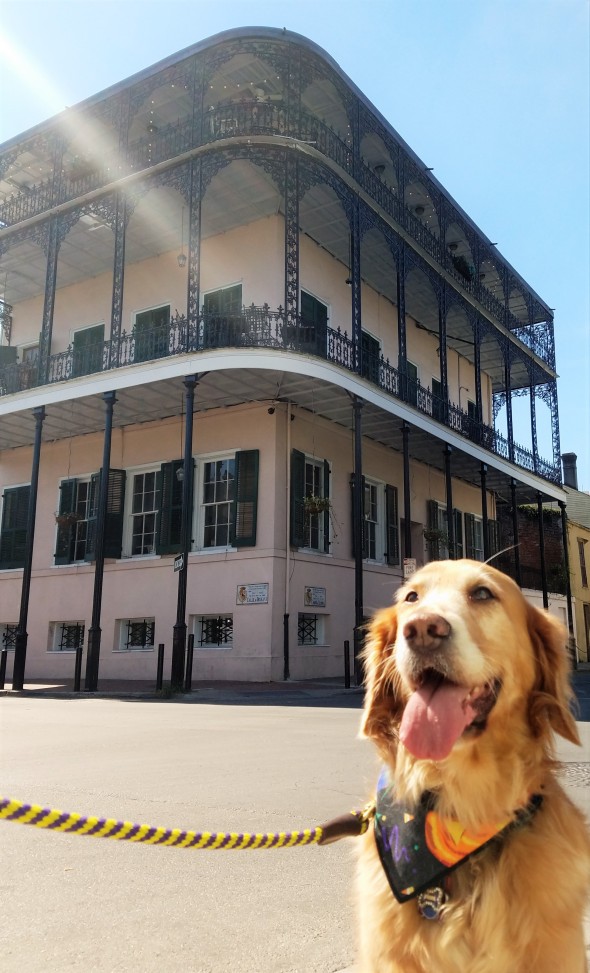 On the previous stop of our New Orleans haunted places tour, we met a couple of friendly ghosts just keeping an eye on things at Arnaud’s Restaurant. Well today, friends, the tour gets spookier . . . a lot spookier. That building behind me is the Gardette-LaPrete House, also known as the Sultan’s Palace. Originally built in 1836 in the Greek Revival style, the structure was purchased in 1839 by John Baptiste LaPrete, a wealthy plantation owner who planned to use the French Quarter residence as a town home. LaPrete made the lacy wrought-iron additions to the building and sought a renter to occupy the home when he wasn’t using it.  And that’s where our story takes a decidedly macabre turn.

A young man from Turkey, said to be a sultan’s brother, soon became LaPrete’s tenant. He was joined by an entourage of beautiful women and eunuch servants. Before long, the lavish parties started. Neighbors heard exotic music from within and smelled incense escaping from the doors and windows. Rumors began to circulate: Was the young Turk conducting opiate orgies inside of the home? Was he grabbing beautiful women from the French Quarter’s streets and torturing them into submission before adding them to his harem? One night the music stopped, and a neighbor passing by the next morning made a gruesome discovery. Blood was trickling out from beneath a door, down the steps, and onto the sidewalk. When the police entered the building, they were met with a horrible scene. Body parts littered the home. Blood was splattered everywhere. There were no survivors. But where was the Turk? Eventually the police discovered his badly injured body buried in the courtyard. They suspected that he had been buried alive. 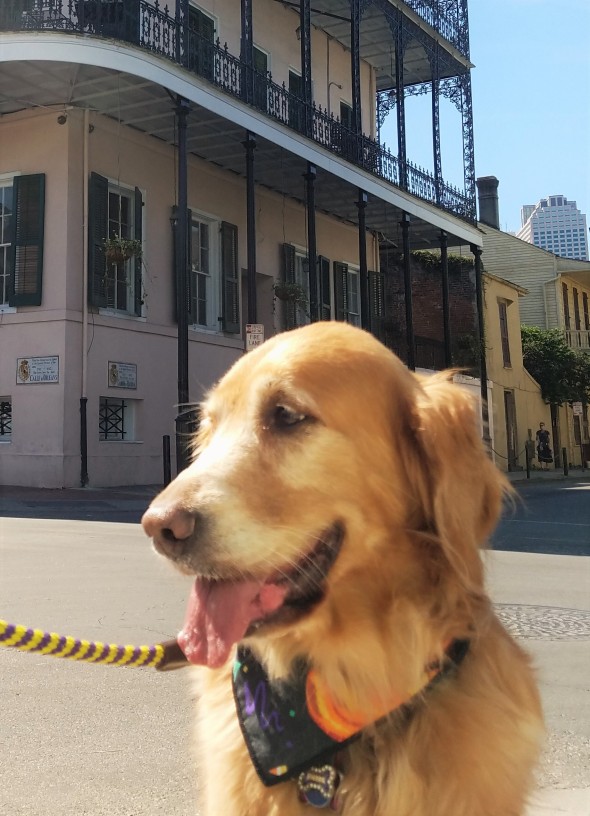 The crime, certainly one of the most horrendous in the city’s history, remains unsolved. Some people at the time suspected that pirates had attacked the partiers. Others speculated that the Turk and his entourage had been murdered by emissaries of his Sultan brother, who was either angered that his brother had stolen his harem as he left for America or was intent on executing all of his male relatives in an attempt to secure the sultanate. We may never know . . . unless one of the ghosts that still haunts the Sultan’s Mansion decides to speak. To this day, passersby hear mysterious music drifting from the home. They smell the faint essence of incense. They hear blood curdling screams. And they see the figure of a man sitting in a window, perhaps trying to tell the people below what happened on that horrible night.

Sweet Birdie Blue is 10 months old today and weighs exactly 59 pounds. She has become quite the hugger and she is ball obsessed. The Bird is equal parts maximum intensity and overwhelming sweetness. We can't imagine a world without her. 🐾💛🐾
Another fun #airporttherapydogs day for Tallulah Bee. So many travelers. She greeted happy people flying to and from North Dakota, Minnesota, Nevada, Arizona, Arkansas, Ohio, Texas, North Dakota, New Jersey, Florida, Colorado, Maryland, Tennessee, Louisiana, and so many places she can't even remember. It was the busiest day she's seen in a while. Wanna get away? 😉 Head to your local airport, and find an airport therapy dog to hug before you board the plane. 🐾✈💛 #msyk9krewe #southwestairlines