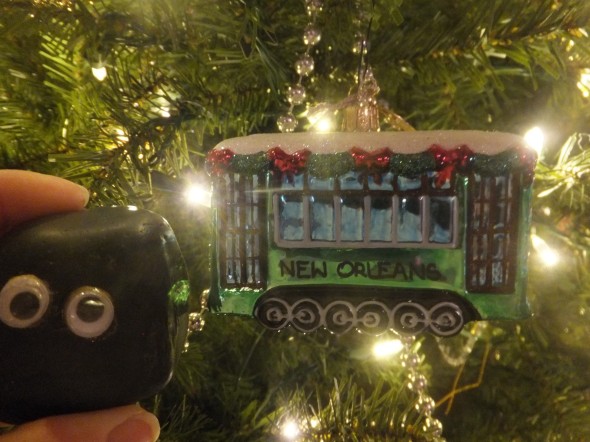 Our little friend Bashful has been out of the picture lately. Between decorating for the holidays and entertaining out-of-town guests, he’s had his hands full. (Okay, so Bashful doesn’t have hands, but you know what I mean.) 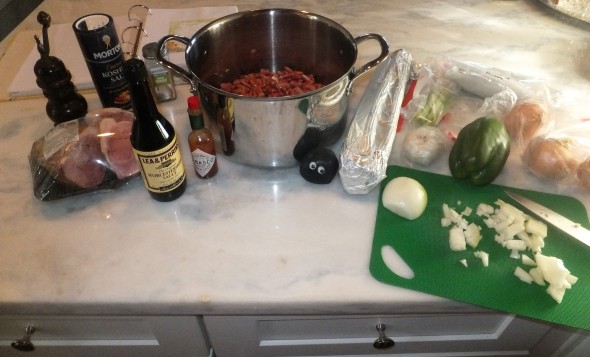 This past Monday, Bashful got back to living the New Orleans life, and on Mondays that means laundry and red beans and rice. My human mommy/blogging assistant did a little research into why red beans are such a Monday staple in my hometown, and she found this nugget of wisdom from the Camellia Beans people:

Old habits die hard. New Orleanians continue, with ritualistic fervor, to consume red beans and rice on Mondays. Spicy Caribbean recipes for beans and rice were brought to the city in the late 1700s by French-speaking Haitians fleeing the revolution in Saint Domingue (modern-day Haiti). Local housewives and housekeepers quickly adapted the thrifty, convenient practice of tossing meaty ham bones leftover from Sunday suppers into simmering pots of red kidney beans that could be left to cook, undisturbed, over a low flame for hours–leaving them free to engage in the arduous Monday drudgery that was “laundry day.” Despite the modern convenience of washing machines and dryers, the Monday red beans tradition continues today…. 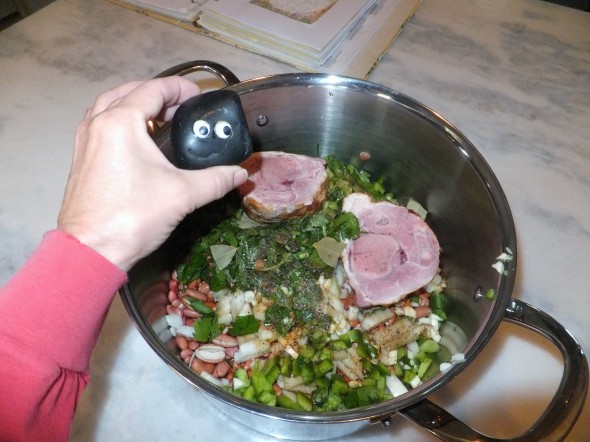 Bashful observed while Mommy followed the red beans recipe (I was sound asleep on my bed; I’ve watched this process for more than seven years). It’s a family recipe, so measurements aren’t exact; but you’ll get the general idea, and then you can adapt it to your tastes. 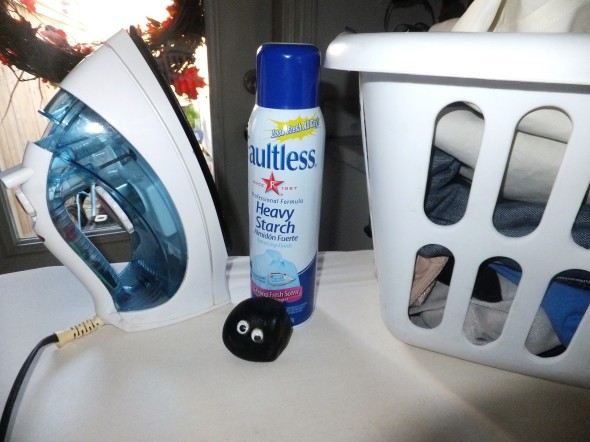 While the beans simmered, Mommy and Bashful headed to the laundry room and got to work. You can’t tell from this picture, but Tallulah Bee and I slept under the ironing board while Bashful supervised. I have no doubt that Mommy truly appreciated all the extra  snoring. 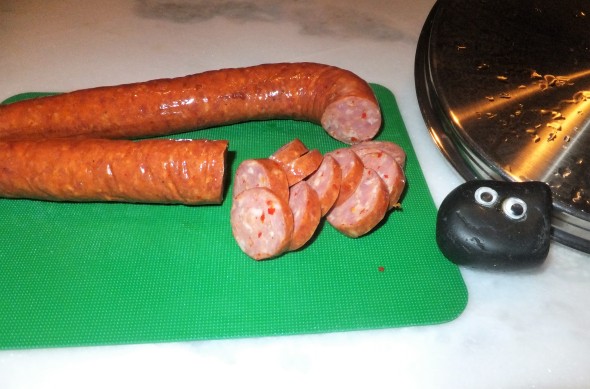 When the laundry was finished and the beds were made, it was time to slice the sausage. Mommy found a really yummy and slightly spicy sausage made by the butcher at our local grocery store. A note to Bashful’s buddy Bacon about the sausage: It was beef, not piggy pork. Our apologies about those ham hocks though. 😉 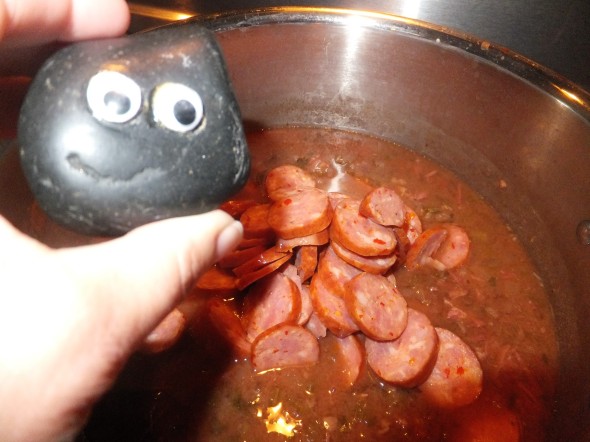 I don’t know about you, but I don’t think Bashful looked too thrilled when Mommy held him over the hot pot to have a good look.

He was a whole lot happier when the beans were served with some good French bread and a fine red wine. I think Bashful could get used to the Monday routine in New Orleans.

19 Comments on “Bashful Does Monday the New Orleans Way”

My human mommy was hoping for the elves to show up to help her with all of this. Instead, she just gets me...and all the moral support I could possibly offer. 😉🎄 🎅 ~Tallulah Bee
Happy #tongueouttuesday! Water drops from the fountain are not as close as they appear. 👅💧😉 ~Tallulah Bee 🐝 #tot #opticalillusion #goldenretrievers