← Going Vegetarian with Homemade Veggie Bones
What Hit Me? →

Tomorrow my humans will celebrate 22 years of wedded bliss. They’ll take some time this weekend to reminisce about all of the adventures they’ve shared. And, naturally, they’ll remember the dogs who have been with them along the way. 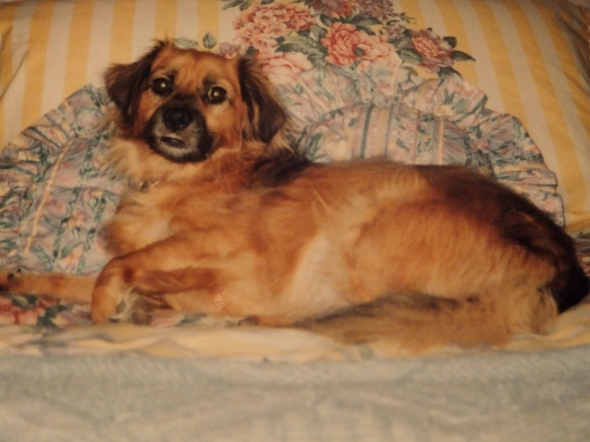 When my humans met, Mommy already had Sheffield. In fact, you might credit Sheffield with bringing my humans together. Sheffield and a little Beagle named Abby were friends, which made my human mommy and Abby’s mom friends. Abby’s mom was dating my human daddy’s friend, and Abby’s mom and my human daddy’s friend decided to fix my humans up on a blind date. (It got a little confusing there. I hope you’re still with me.) Abby’s mom gave my future daddy some very good advice before that first date: You have to win over Sheffield. Without Sheffield, you don’t stand a chance. Daddy took that advice, showed up with a big bone for Sheffield, and the rest is history. 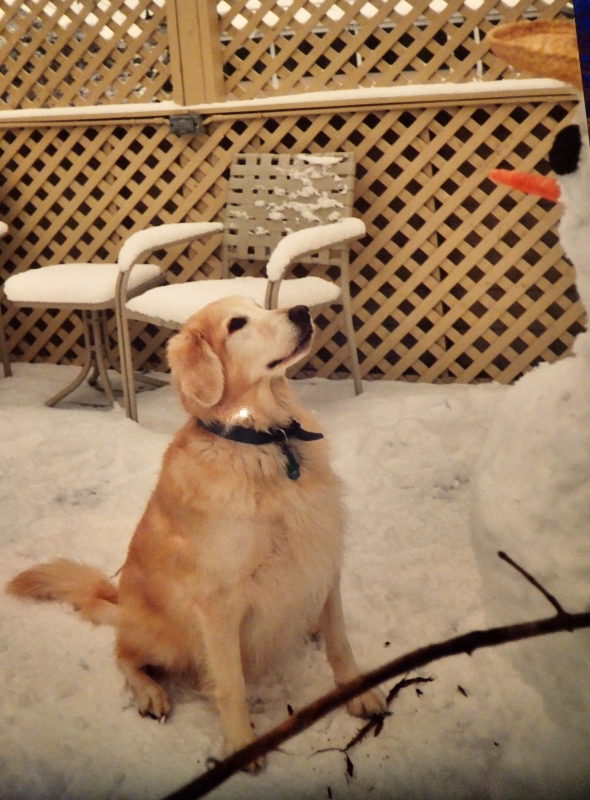 One thing led to another, and my humans marched down the aisle September 16, 1995, in Houston, Texas. A guest at their wedding just happened to own two Golden Retrievers, brothers Bow and Arrow. At the reception, he and my humans talked about his plans to breed Bow. My humans said that they would be interested in adding one of Bow’s puppies to their new family, and the guest promised to keep them posted. My human mommy still remembers the day that the phone rang (back when people actually had home phones). It was Bow’s daddy sharing the big news that he thought Bow’s girlfriend, Sandy, would be having puppies and if she did my humans would get first pick. Shortly after that, Talbot joined Sheffield and the little family started to grow. 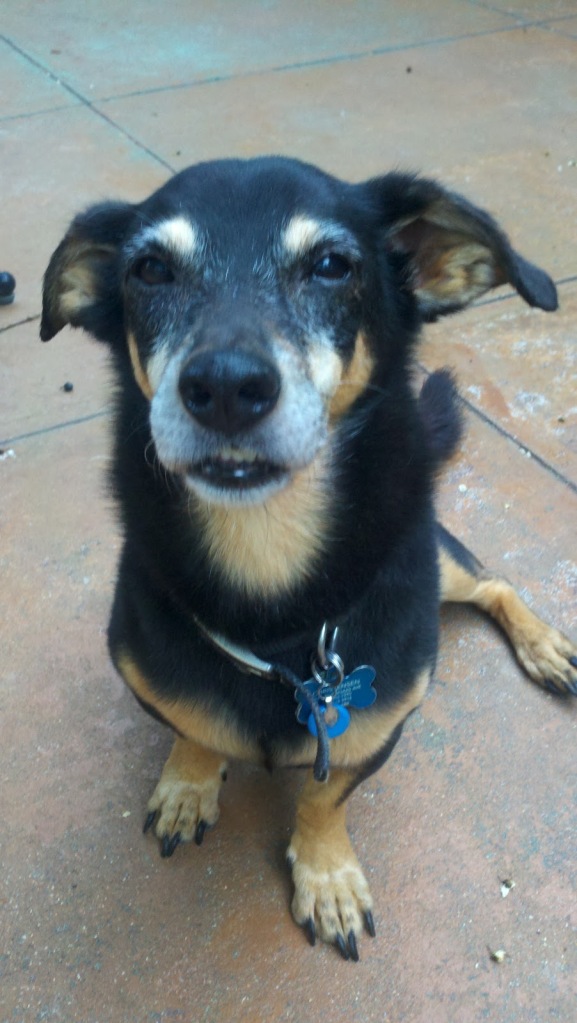 Several years into their marriage, my humans moved to a place called Galveston, Texas, a small island off the coast of the Lone Star state. Sheffield and Talbot made the move with them, and everyone settled into island life. Eventually my human mommy joined the board of the Galveston Island Humane Society. One day my humans volunteered at a pet adoption event. They were in charge of finding a new family for Alexis, an older terrier mix. Alexis didn’t have the shiniest coat and her teeth showed some signs of obvious dental neglect, so she was a hard sell. At the end of the day, no one wanted Alexis . . . except my human daddy. He had fallen head over heals in love. So Alexis came home with my humans as a foster dog. Less than twenty-four hours later, she joined Sheffield and Talbot as a permanent member of the family. In addition to her new home, she also had a new name–Lexi–because she had decided that she wanted a new name to start her new life.

While my humans still lived in Galveston, their little family dwindled. First they said goodbye to Sheffield, and then they had to let Talbot go. It was heartbreaking, but Lexi soldiered on. She made the move with them to Baton Rouge, Louisiana, and that’s when Yours Truly entered the picture. One weekend morning, my humans were looking through the newspaper. For some odd reason, my human daddy turned to the classified section (which he normally never ever did) and noticed an ad for Golden Retriever puppies in a little town outside of Baton Rouge. My humans looked at each other and said, “Let’s just go look” . . . as if anyone ever just goes to look at puppies. Before the end of that day, I had waddled my little puppy butt right into my future human daddy’s lap, planted a huge kiss on his cheek, and I was all set to become the newest member of the family.

Lexi and I shared our humans for several years before she too had to leave the family. I was an only dog for a while. That’s when my humans got serious about researching responsible Golden Retriever breeders. They discovered Rhythm Golden Retrievers in Ocean Springs, Mississippi, and got at the end of a very long waiting list. Meanwhile, the humans decided to make a move from Baton Rouge to New Orleans. The day they closed on their new house in the Crescent City, Mommy received a text: Rhythm Golden Retrievers had a new litter of puppies and one of the girls was going to be our newest family member. It wasn’t the best timing, but it was the best news. Tallulah Bee would be joining our family.

So my humans have seen 22 years come and go. They’ve had the heartbreak of saying goodbye to Sheffield, Talbot, and Lexi. But they’ve also had the joy of filling their lives with the unconditional love of man’s (and woman’s) best friend every single day of their married life. Tallulah and I are so happy to celebrate this anniversary with our human mommy and our human daddy, and we hope to be right there by their sides to celebrate many, many more.

29 Comments on “Celebrating 22 Years of Dogs”