Birthday Brunch for The Bee

Last Saturday my little sister, Tallulah Bee, celebrated her second birthday. I’m not going to sugarcoat it: Getting to her first birthday was a bit of a challenge at times. But that second year flew by. We marked The Bee’s birthday in typical New Orleans fashion with a big blowout brunch.

Shhhh . . . don’t tell my sister this . . . BrunchFest NOLA was actually a fundraiser for the Louisiana SPCA, but Tallulah thinks the whole thing was just for her. Let’s just let her believe that. By the way, that little kitty behind us looks a little huge and terrifying. It’s not real, right?

Back to brunch. There were food and drink booths there for the humans and lots and lots of people to give us love and other dogs to give us kisses and sniffs.

Naturally we had to visit our friends at the Gulf South Golden Retriever Rescue tent. 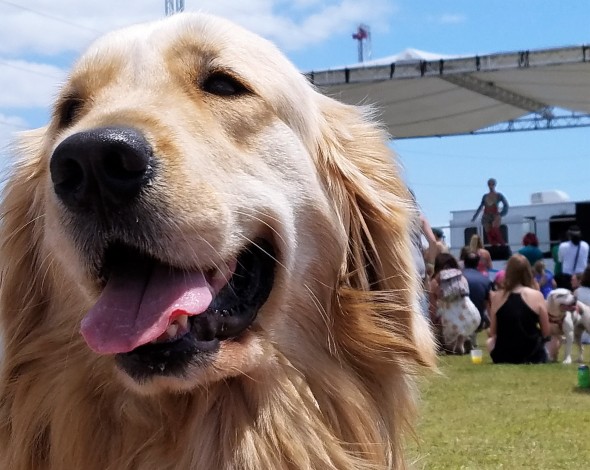 And then we headed to Crescent Park’s big lawn for a little entertainment, which just happened to include a show by Mother Tucker’s Drag Queen, Inc. Drag shows are an integral element to many a New Orleans brunch, and Tallulah seemed to enjoy her first experience.

Tallulah still had plenty of birthday energy on the way home from brunch, so we made a little stop at my favorite New Orleans watering hole: The District. I was just happy for the nice cool floor. I guess that’s the difference between being two years old and being eight years old. 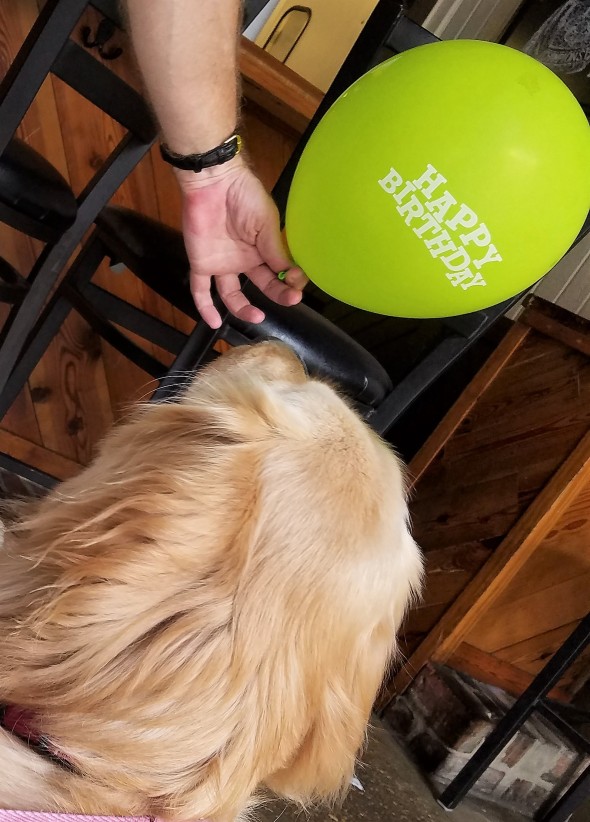 Our friends at The District even had balloons in celebration of The Bee’s birthday. (Again, this was simply a happy coincidence, but let’s just allow Tallulah to believe it was all for her.) 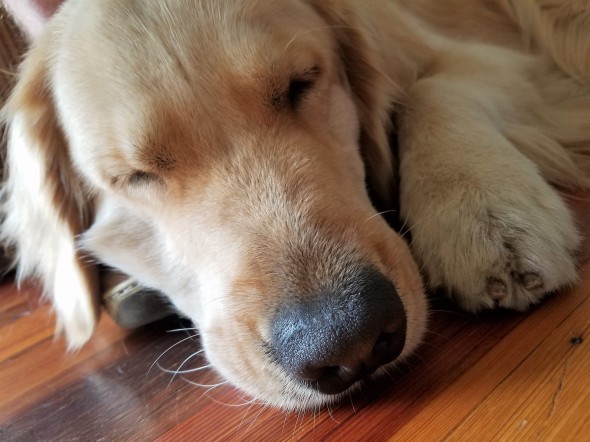 Judging from Tallulah’s post-birthday-brunch-bash nap, I’d say that the day was quite a huge success. My first two years as a big sister have been some of the best years of my life. Here’s to celebrating many, many more birthdays with my sweet little sister, Tallulah Bee.