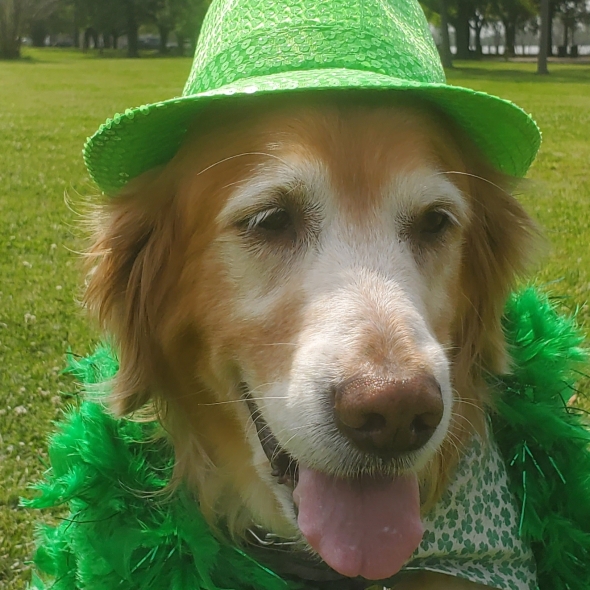 Today we’re celebrating sweet Miss Harper Lee’s 11th birthday. Seven years ago (with a little help from her human mommy/blogging assistant), Harper Lee posted her first ever birthday blog. More birthday blogs followed in 2014, 2015, 2016, 2017, and 2018. Life got busy, as it sometimes does, and Harper Lee’s blogging assistant failed to share our celebration of Miss Lee’s 10th birthday in 2019. Rest assured, we had a fabulous time . . . including a weekend in the New Orleans French Quarter complete with a stay at the Ritz Carlton, where Miss Lee was quite the sensation.

While most ladies of a certain age might choose to slow down a bit, Harper Lee hit the road to her 11th birthday with a busy Visiting Pet Program (VPP) assisted therapy dog schedule. As a member of the MSY K9 KREWE, she brought smiles to travelers, employees, and flight crews at Louis Armstrong New Orleans International Airport.

Through VPP’s Reading to Rover program, Harper Lee helped children at a local library learn to love books and reading and Golden Retrievers.

And once a month she shared her love with residents and staff at an area nursing home and patients, families, and staff at Children’s Hospital New Orleans. In June 2019, Harper Lee earned her AKC Therapy Dog and Canine Good Citizen titles and officially became Denham’s Harper Lee THD CGC. 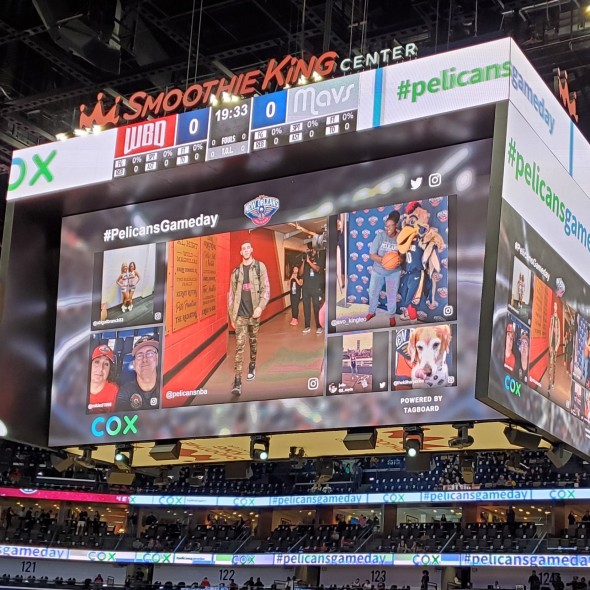 Miss Lee even made an appearance on the Smoothie King Center big screen (lower right) before a New Orleans Pelicans basketball game. It was a busy year for our girl, so on December 31, 2019, she officially retired from therapy dog life. She’s spent the last few months enjoying her Golden years with leisurely neighborhood strolls, long naps on the lovely bed that the airport gave her as a retirement gift, and basically doing what she wants to so when she wants to do it.

With all of the ups, Harper Lee’s road to her 11th birthday also came with a few bumps. She’s battled some skin allergies and, much to her disgust, has had to endure fairly routine baths. On the bright side, she now gets to eat alligator kibble. Miss Lee highly recommends alligator kibble. She’s also had some pretty challenging UTI and bladder issues, but a battery of tests at the LSU School of Veterinary Medicine indicates that little Miss Harper Lee is, overall, in fairly tremendous shape. 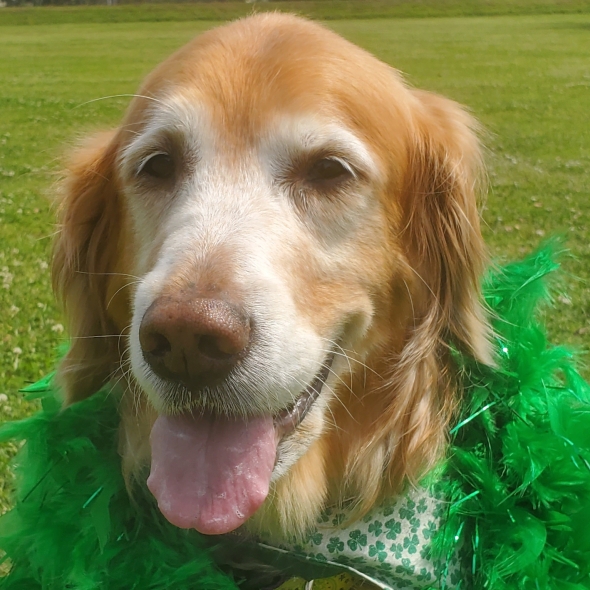 So today we celebrate the past 11 years of life with Harper Lee and we set out on the road to her 12th birthday celebration. The events around the world over the last few months have reinforced one certainty: Nothing is ever certain. We’ll cherish each and every moment along the way, and we will be forever grateful to all of you for joining. 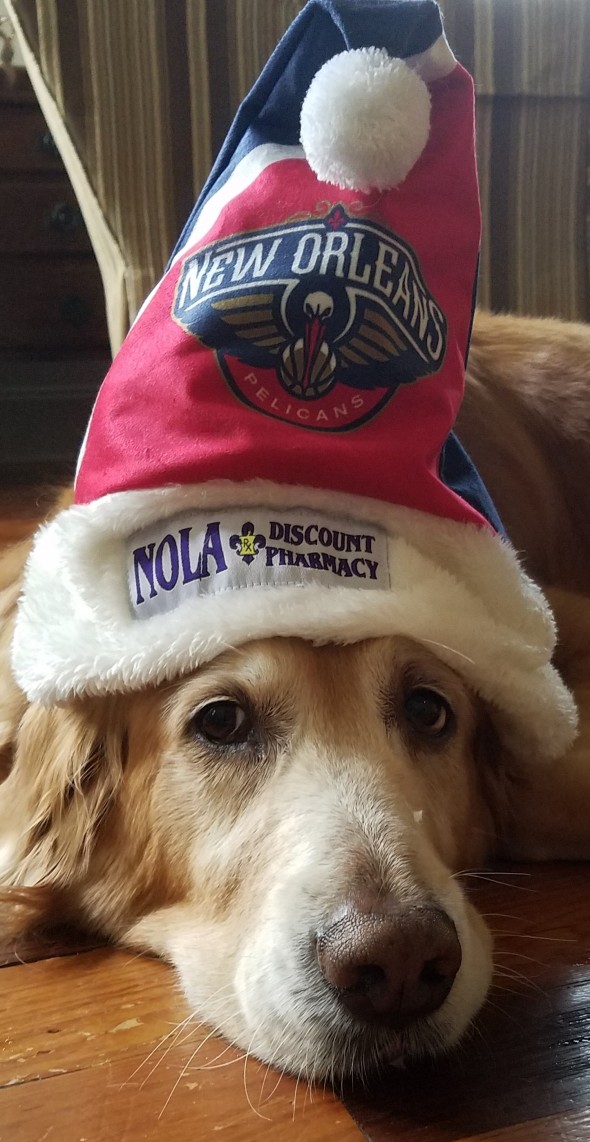 . . . I got my gameface on and prepared myself to cheer for my local National Basketball Association team, the New Orleans Pelicans. It’s not always easy being a fan, and lately it’s been particularly frustrating. The Pelicans opened this season with a quick 4-0 start, and then the wheels kind of fell off. One of our best players injured a finger, requiring surgery and a couple of months on the bench. He’s still out. Then another starter did something to his ankle, so we haven’t seen him for a while. Meanwhile trade rumors swirl around our franchise player, Anthony Davis. The Pelicans currently find themselves on an 0-5 skid with a record of 15-20 and currently in 14th place.

But here’s the thing about being a fan: You love your team, through the highs and the lows. You support your players and coaching staff. Sometimes that means giving them a little tough love, but it always means remaining loyal . . . and as a Golden Retriever I know a little something about loyalty. So tonight, as my New Orleans Pelicans return to their home court to start a three-game post-Christmas homestand, I’ll be cheering them on and believing that anything is possible. Because that’s what a fan does. 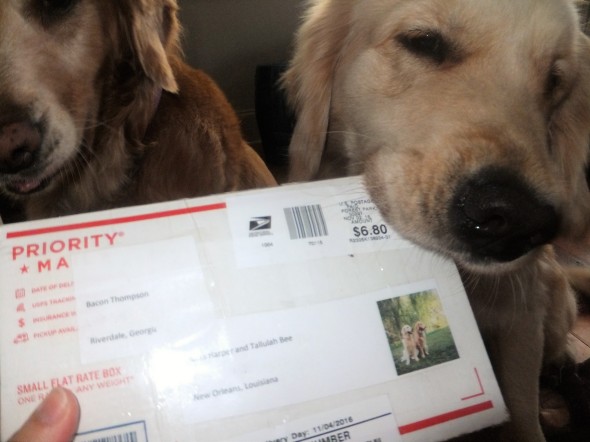 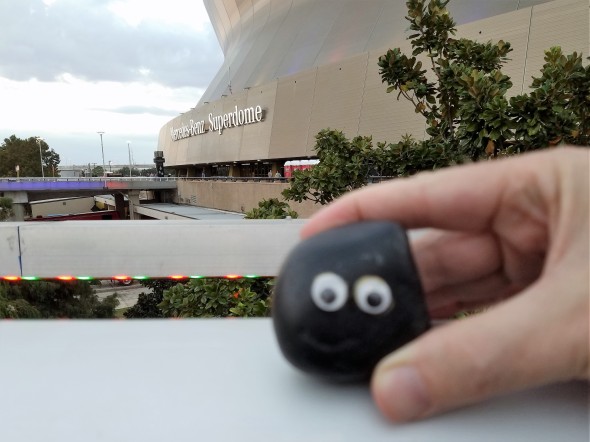 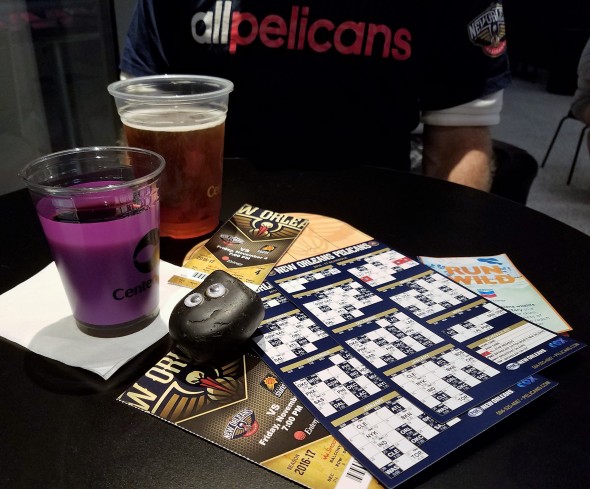 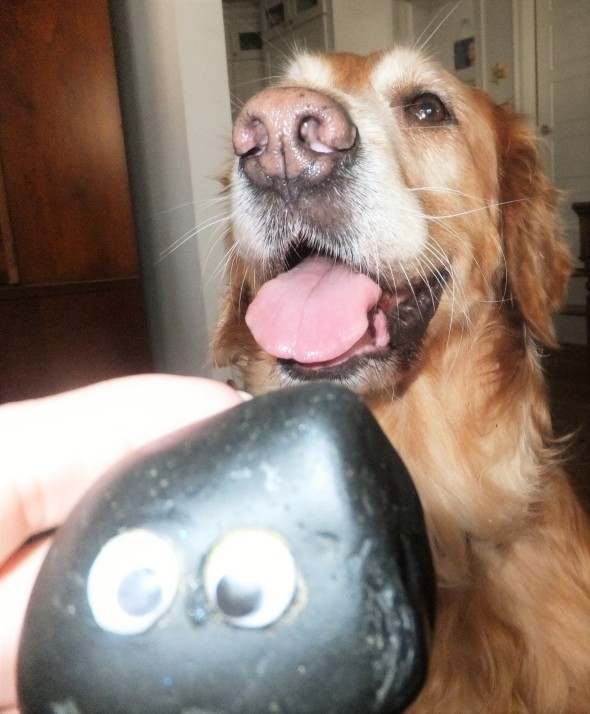 Whatever it takes to get you through Monday, Birdie Blue. 🙂
My sisters and I did some bobbing for apples today. As the senior sister, I got a well-deserved private pre-bob before the mayhem of Tallulah and Birdie. This old girl's still got it. 🍎 💛 Wildness ensued when the Bee and the Bird showed up, which ended the photo op. 📷 And now puke watch begins, particularly for Birdie Blue, who ate more than her fair share of apples. 🤮